Four Lessons from the Loss of my Labbie 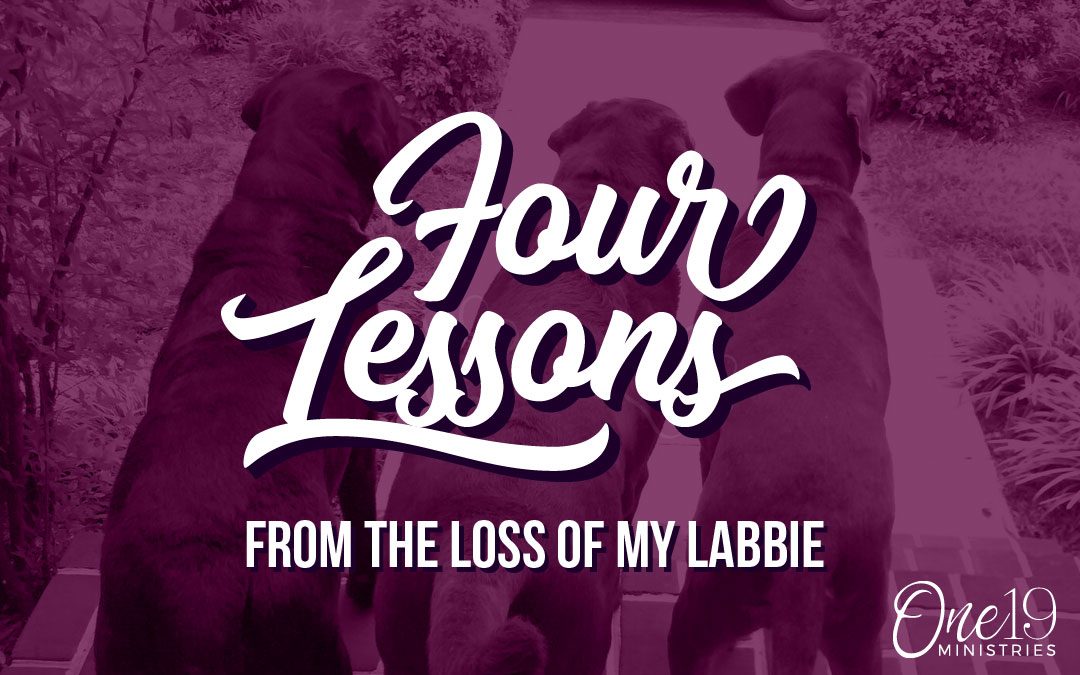 To my family’s great heartbreak, we said “goodbye” to my dad’s beloved black labrador and best buddy, Sir Bentley Cherest, earlier this week. He was 11.5 years old, born July 21, 2006, and we had brought him home in September of that same year. Bentley (or “Schmentry”) became part of our family after his predecessor, Ripley, was sadly put down just weeks before. Bent was the sweetest, most handsome boy and was unapologetically spoiled by his people, namely his dad. His brothers-from-other-mothers, Luke (a 10-year old chocolate lab) and Caleb (a 13-year old chocolate pointer-lab mix), are missing him pretty badly and so are we.

Have you ever lost a pet? I would imagine if everyone reading this was in a room together, I would see a sea of hands shoot up in the air. It’s a powerful grief and if you’ve ever experienced it, you don’t envy my family right now. I was a bit nervous to head back to work so quickly for fear of uncontrollable, random outbursts of sadness and crying. You’ll be pleased to know that I’ve been moderately successful. (Although it may or may not have happened just now…)

Over the past couple of days, I’ve had some good conversations with the Lord through seemingly endless tears and horrifyingly ugly cries (and I do mean UGLY.) It was good to just let it flow–snot and all. I kept asking him to teach me whatever he could through this difficult good-bye. I believe he used it not necessarily to teach me something new but he definitely chose to remind me of several critical biblical truths. I hope you find them helpful too. 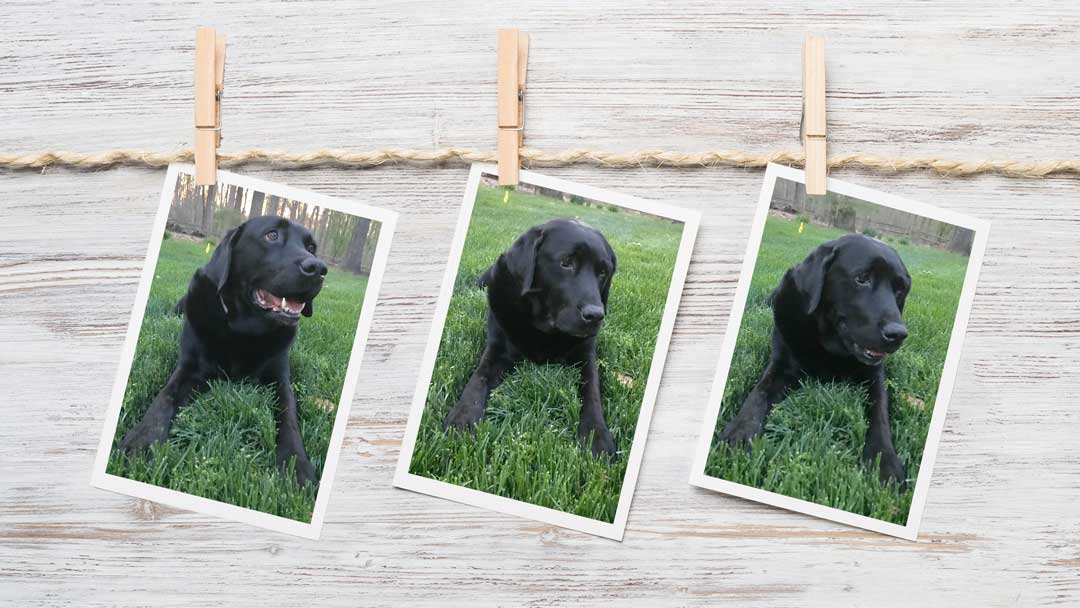 My dad always proudly introduced Bentley as “the best birthday present he ever got” and he wasn’t lying or exaggerating. He loves Bent that much. As far as I can tell, Bentley Cherest fulfilled no other purpose on this planet other than bringing my dad and my family joy. He was simply ours to enjoy and love, and love us in return. To my knowledge, Bent’s eleven years here on earth did nothing to further the kingdom of God nor save souls. He was simply a gift from God to us (and a pretty spectacular one at that.) James 1:17 says,

Every good gift and every perfect gift is from above, coming down from the Father of lights, with whom there is no variation or shadow due to change.

We know this to be true but it isn’t often at the front of our minds when we are enjoying his gifts. I would contend that the greatest of those earthly gifts is LIFE – in any way, shape, or form: humans, animals, trees, flowers, fruit, veggies. He is the only one who gives life. Every single time you and I enjoy the presence of a living thing, we should be reminded to thank our generous, giving Father above. Only God the Creator is able to create a living thing. He alone is able to bring life out of nothing. It’s his choice and ability alone. He alone was willing and able to create Bentley, and I, for one, am so thankful…he was one of the best gifts to our family for almost twelve years. What gifts can you humbly and joyfully thank God for giving to you? What gifts of life do you continue to pray for? Believe him for it/them.

2. SIN WILL EVENTUALLY DESTROY YOU.

We found out that Bent had prostate cancer last Monday and it was an unfortunately rapid decline, being just over a week until he passed. We don’t have any idea how long he had the cancer before we got the diagnosis or even how long before we saw symptoms. But that certainly didn’t mean that he didn’t have a disease that was present, growing, manifesting, and murdering him from the inside out, beginning with the tiniest cells. Again James tells us,

But each person is tempted when he is lured and enticed by his own desire. Then desire when it has conceived gives birth to sin, and sin when it is fully grown brings forth death, (1:14-15.)

Sin is spiritual cancer. It will grow and it will destroy us. Its effects and destruction might not be manifesting greatly right now, but we must not be deceived, it is attacking and working to kill us, even the tiniest cells of our spirits. We must not let sin remain unchecked in our hearts and minds. It will kill us—it’s only a matter of time. What sin(s) are you allowing to grow and fester and spread in your life?

3. GOD IS TOTALLY OTHER THAN US.

Once Bentley was gone, my family and I posted our sad and loving tributes to him on social media and many, many people expressed their deepest sympathy and sincerest empathy. I got dozens of texts from caring and thoughtful friends. There’s no doubt that each one was greatly saddened on my family’s behalf. In the midst of those comments and sentiments, the Lord chose to use this situation to express a facet of his glorious gospel in a new way. Let me explain. As much as I firmly believe that each and every comment was 100% heartfelt, I would bet my next 100 paychecks on one thing: NOT A SINGLE ONE OF YOU would offer to sacrifice YOUR DOG in BENTLEY’S PLACE.

Hear me out. If by some miracle it were possible for your dog to take on my dog’s pain, suffering, and death instead of him, I’m convinced that even the most sympathetic and broken-hearted among my friends would not offer their beloved pet. (And for the record, I wouldn’t ask you to.) But here’s my point: God did. He offered his beloved, so that you and I might live.

For God so loved the world, that he gave his only Son, that whoever believes in him should not perish but have eternal life, (John 3:16).

I’m so grateful that God “show[ed] his love for us in that while we were still sinners, Christ died for us,” (Romans 5:8). Please know that I’m not equating Bentley with Jesus, but that doesn’t negate God’s ability through his Holy Spirit to use this pain to make his gospel appear even more beautiful to me. Do you love someone else so much that you would sacrifice your beloved pet or child to spare their life? Me neither. But God did. He’s completely OTHER THAN.

4. DEATH IS THE MOST UNNATURAL THING WE WILL EVER EXPERIENCE.

This pain is awful. Simply awful. Not sure that there are words to describe it, so I won’t even try. When we love much, we risk losing much. And it’s so painful but it’s worth it. We miss him. We stare at pictures to remember his face. We retell stories to each other. We keep expecting to see him around the corner. Our normal family life is now alarmingly and noticeably devoid of him. And it breaks our hearts over and over again.

And God saw everything that he had made, and behold, it was very good.

Death, dying, cancer, sickness, sadness, grief, and pain were never a part of God’s original plan. And here is the best part: it’s not a part of the final plan either! Loosely quoting J.R.R. Tolkien, Dr. Tim Keller says, “Everything sad is going to come untrue and it will somehow be greater for having once been broken and lost.” The Scriptures support this idea in Revelation 21:3-5,

And I heard a loud voice from the throne saying, “Behold, the dwelling place of God is with man. He will dwell with them, and they will be his people, and God himself will be with them as their God. He will wipe away every tear from their eyes, and death shall be no more, neither shall there be mourning, nor crying, nor pain anymore, for the former things have passed away. And he who was seated on the throne said, “Behold, I am making all things new.”

Beautiful, isn’t it? Does it minister even in the slightest way to your grieving heart? I know it does for me. I’m so glad that perfection is possible: it’s the bliss in which humanity started and it’s what is promised to followers of Jesus Christ in and for eternity. I can’t wait until “everything sad is untrue.” How about you? What’s the deepest loss you have ever experienced? Maybe that over which you still shed fresh tears and know deeply? Imagine. In the new heavens and the new earth, there will be no more tears over that specific loss ever again. Never, ever, ever. Just try to imagine. It’s beyond our imagination. It’s the unfathomable victory of Jesus Christ. Glory to God. 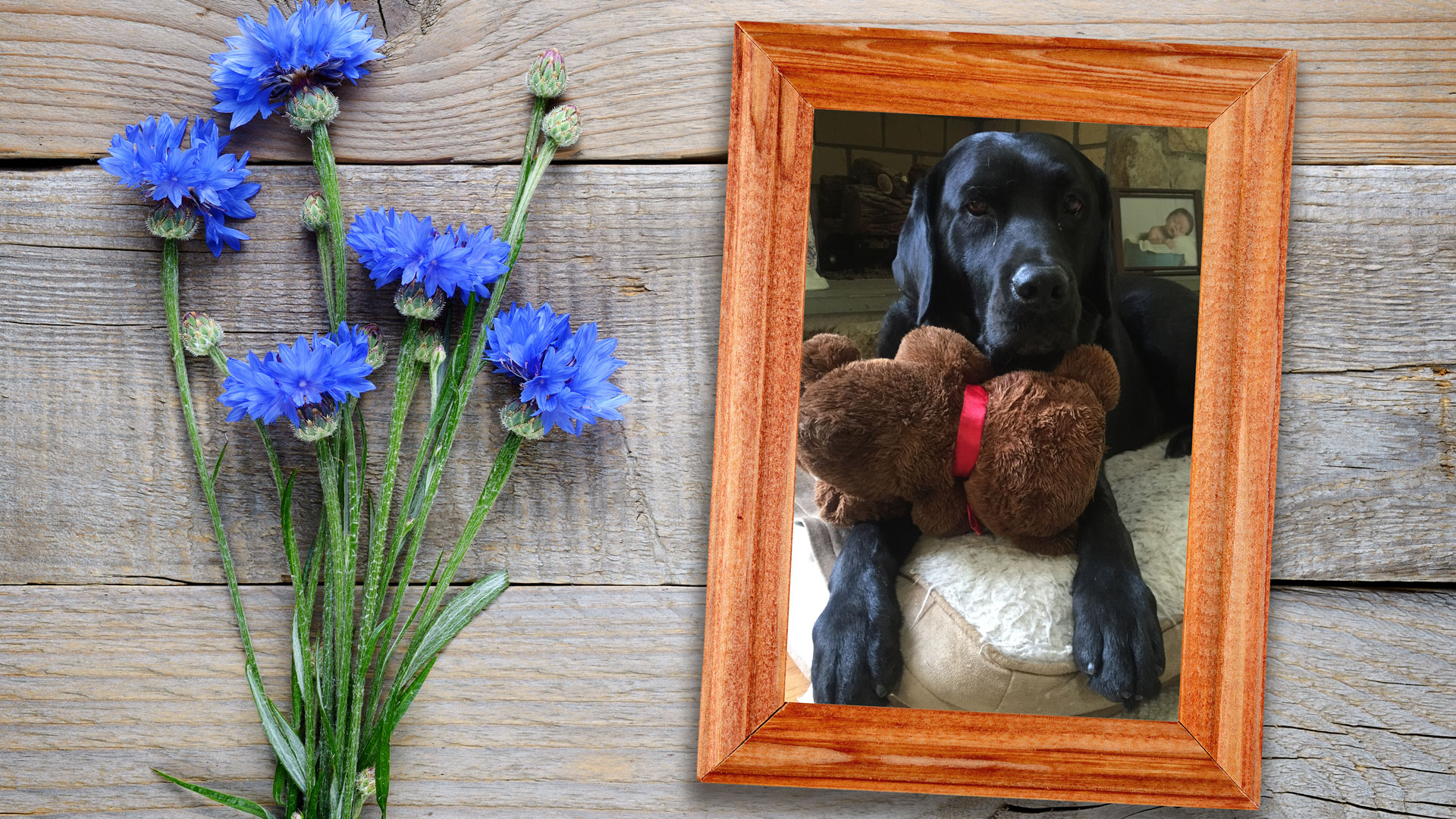 Your prayers for my family’s comfort are greatly appreciated…we are so, so sad.

What do you think? Cancel reply